World Fair Trade Day in May is a very important event in the Fair Trade calendar. In 2014 it falls on Saturday 10th May and this year we will be celebrating by holding our Fair Trade Market in Parliament Street. 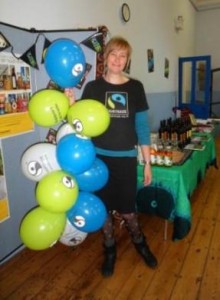 Last year’s event included an evening of entertainment that was sold out well in advance. Pictured to the right, Helen Harrison, who co-organised the event, is getting ready for the evening. 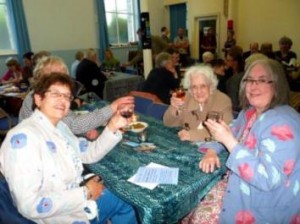 Pictured to the left are Janice, from Fairtrade Malton and Norton (left), Moira Bridge of Fairer World (right) and Moira’s mum (centre). They were wise enough to book early. 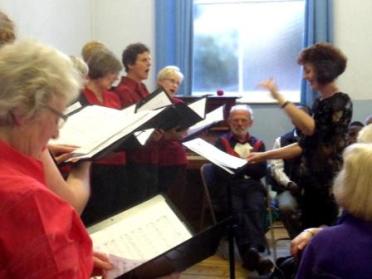 Sounds Fun Choir – whilst diners enjoyed their starter, they were serenaded by the angelic voices of this happy choir. 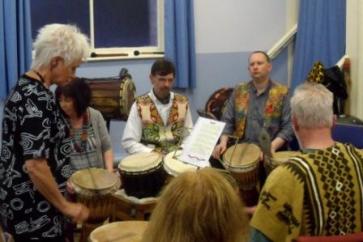 And following a delicious curry, courtesy of Goji, the vegetarian restaurant on Goodramgate, the mojo’s of all the attendees were stirred by the rhythms of the Djembebash drumming troupe.